Postcard from FIWARE in Mexico

Postcard from FIWARE in Mexico 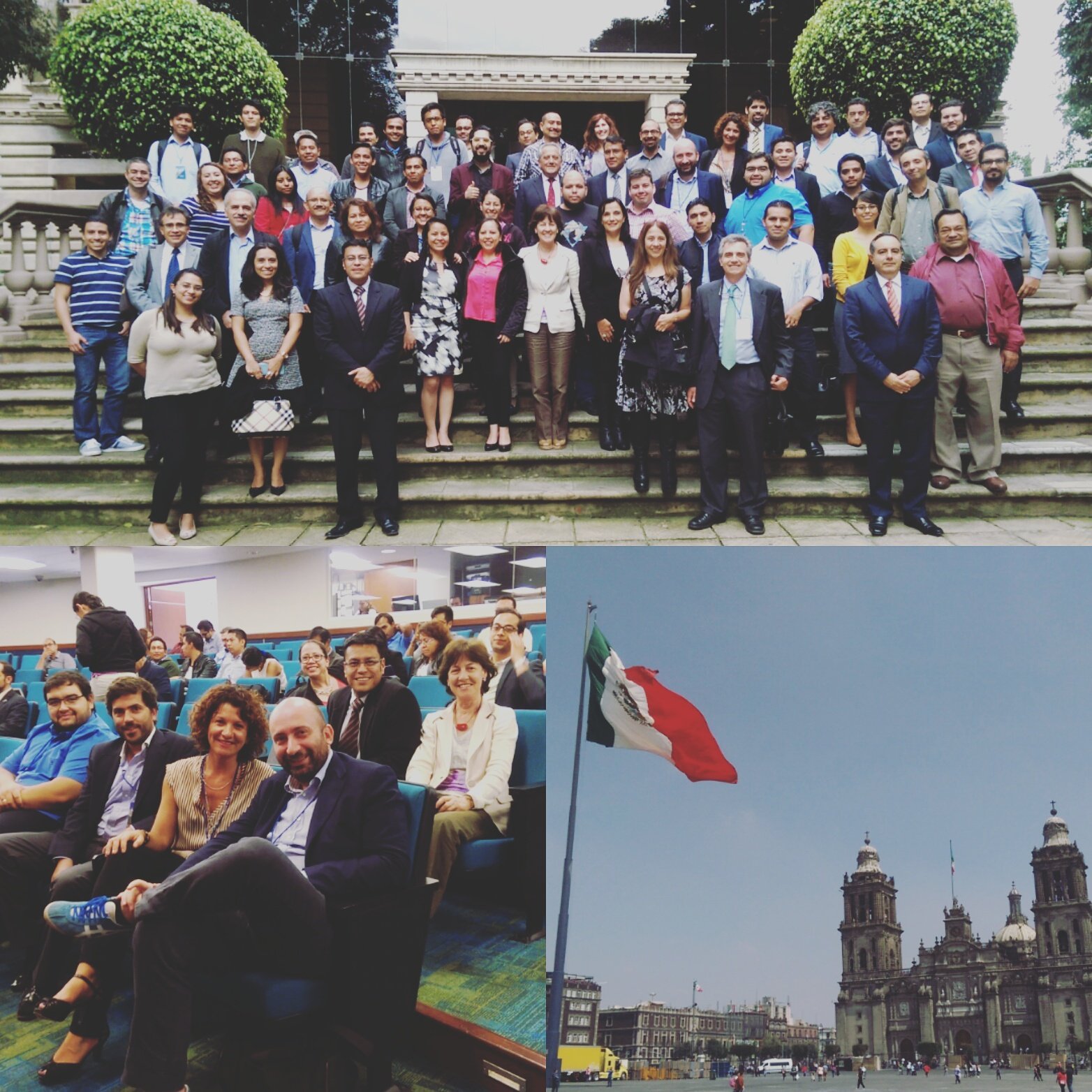 EU-Mexico collaboration framework bootstrapped! The FIWARE family is growing and reaching far in Mexico. Beginning of September 2016 the two international EU-Mexico collaboration projects FIWARE MEXICO and smartSDK have been succesfully kicked-off in Mexico City. Hosted by the Tecnológico de Monterrey, partners from Europe and Mexico worked together 3 days to discuss strategies and bootstrap plans for promoting the growth of a FIWARE-driven innovation ecosystem in Mexico. This shall strenghten the collaboration between Europe and Mexico within the overall ICT landscape and open up new directions for future collaborations.

The great hospitality of our Mexican partners and the enthousiasm of all organisations involved in the two projects have been core ingredients to animate productive discussions and define a comprehensive set of activities that will be geared, especially within the next couple of months, at creating awareness and visibility about FIWARE-driven efforts both in Europe and in Mexico. This will facilitate know-how transfer and effective collaborations to be developed in a forward-looking perspective. Targeted workshops, seminars and training sessions will be organised and broadly advertised soon via all smartSDK, FIWARE Mexico and FIWARE media channels.

While the European partners are opening up access to the already established FIWARE community and help it growing, the involvement of top-notch partners on the Mexican side is key to ensure effective engagement of relevant Mexican stakeholders.

“The first apppointment has been a great success” says Dr. Federico Facca, Head of Martel Lab and Coordinator of smartSDK, when commenting on the FIWARE Mexico workshop, which was held at Tecnológico de Monterrey on the 7th September. ” We could not expect such a great participation and interest when we started organising the event less than two weeks ago! Thanks to ITESM, INFOTECH and CUDI we have been able to gather together a large audience“. “The level of interest raised by this first FIWARE workshop among key players in the R&D&I Mexican scene” adds Dr. Monique Calisti, Director of Martel Innovate and Leader of FIWARE Mexico communication, “indicates great potential for the growth and uptake of FIWARE in and for Mexico. This appointment is the first of a series of events, so stay tuned on all our communication channels!”.