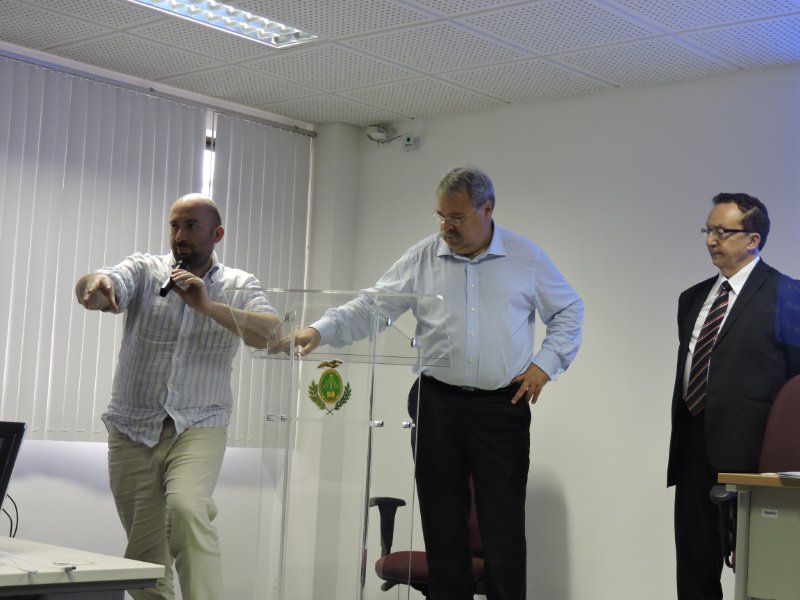 Dr. Federico M. Facca, Head of Martel Lab, was part of the FIWARE delegation participating to the EU-Brazil cooperation on Human Smart Cities Workshop in Natal (Brazil). The organiser of the workshops was the Brazilian Computer Society (SBC). The FIWARE delegation was led by Jesus Villasante, Head of the Net Innovation Unit of DG Connect. Additional participants to the delegation include representatives from Telefonica, Engineering and Martel. 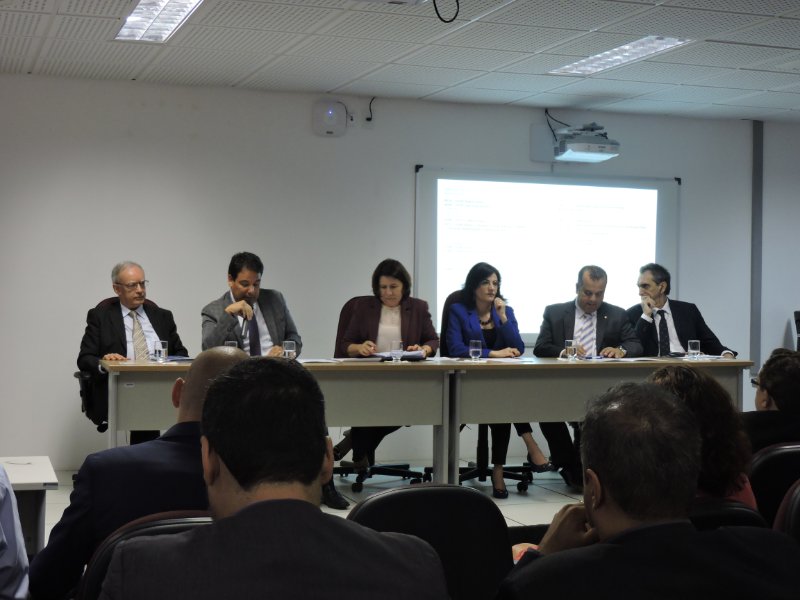 Panelists at the EU-Brazil cooperation workshop

The workshop on EU-Brazil cooperation was a great opportunity to get in touch with the growing local FIWARE Ecosystem. Moreover it exposed the FIWARE delegation to the representatives of Brazilian and Rio Grande Norte governments. The Smart City community is very vibrant in Brazil with already seven cities that are part of OASC. The Mayor of Natal invited the FIWARE delegation to discuss on the priorities of Natal. Identified priorities included around social inclusion. Finally the discussion focused on supporting the definition of Natal’s Smart City strategy.

On going actions in Brazil

More and more cities in Brazil are looking into smart strategies as a way to sustain their ecosystem. FIWARE can certainly play a role in this context. Several actors are already looking into FIWARE to build smart solutions for Brazilian cities. Kiev Gama, part of the team winning the third prize for Smart City App Hack with Bike Cidadao app, presented ongoing activities in Recife. While, the Digital City Institute (Instituto Metrópole Digital – IMD) presented a strategy for the development of Smart services in Natal. In addition, IMD plans include the deployment of a FIWARE Lab node in Natal. The node will act as hub for the local innovation community.

During the meeting, the FIWARE Mundus team provided insights on the requirements for setting up a FIWARE Lab node and on the best practices to start developing Smart Applications with FIWARE.

The workshop was also the chance for the Brazilian actors to ask questions to FIWARE industrial players on the recently announced open FIWARE Foundation. Moreover, the participants also discussed how to strengthen EU-Brazil cooperation on FIWARE and Smart Cities.

What’s Next for EU-Brazil cooperation on FIWARE and Smart Cities?

As result of the workshop, an initial action plan for EU-Brazil cooperation on development of Smart City initiatives around FIWARE in Brazil was discussed. This action will support the activities of the Brazilian Ministry of Science, Technology and Innovation that is planning a national wide strategy to support research on Smart Cities.